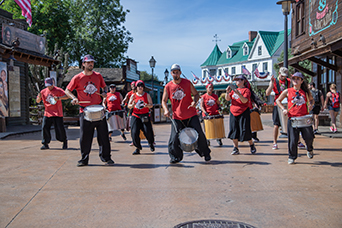 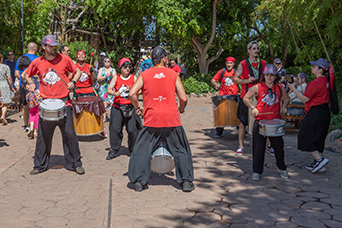 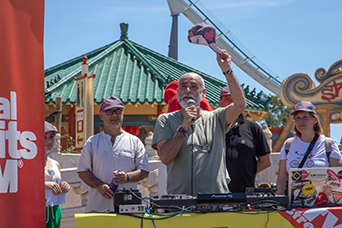 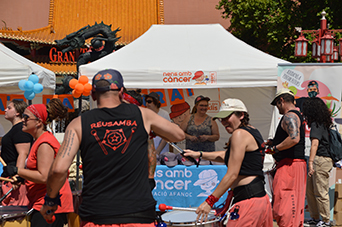 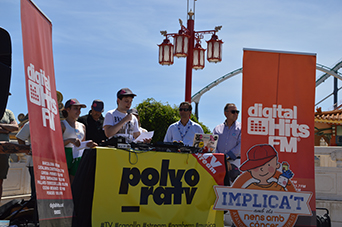 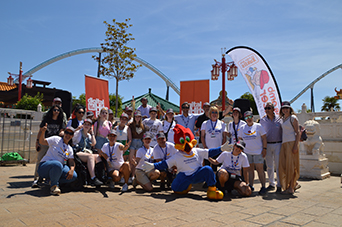 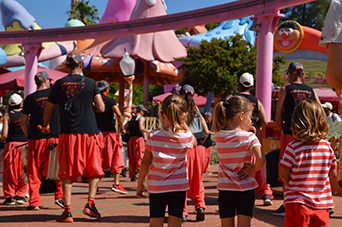 The festival, which had music as its main course, also commemorated the tenth anniversary of the Casa dels Xuklis.

The Association of Relatives and Friends of Oncological Children of Catalonia (AFANOC) has once again celebrated "Posa't la Gorra!" at PortAventura Park. And he has done it with more enthusiasm than ever because the twentieth anniversary of the event was being commemorated. Two decades that the entity has used to raise awareness about childhood cancer while sharing experiences and experiences in a fun and entertaining environment.

This year, some 2,500 people have bought the solidarity ticket for only 25 euros and have worn the cap out of empathy and involvement with the aim of being equal in the eyes of children and adolescents with cancer. A gesture that wants to tell them that they are not alone, neither they nor their families.

As far as the party is concerned, the main course has been the music. And it is that two musical groups, Reusamba and Engrescats de Tarragona, have made their batucadas resound while they surrounded PortAventura Park through different routes until they reached the Plaza de China, where there were several stands to collect the cap. Right there, two young people from the entity have read the manifesto, a very emotional moment that has focused on the importance of normalizing the disease and having various supports, such as that of the citizens and that of the Casa de los Xuklis.

Precisely, this project, the Casa dels Xuklis, is also celebrating its birthday: ten years giving temporary accommodation to children and adolescents with cancer and their families while they undergo treatment in the main reference hospitals in Barcelona. Throughout this first decade, it has already been able to serve a thousand families.

Finally, the Posat la Gorra! has closed the party with the rhythm of Digital Hits. An ideal culmination for a very special edition that, thanks to the support of the PortAventura Foundation, has allowed many people to join the campaign to help families in need while enjoying a day full of entertainment and fun in theme park facilities.