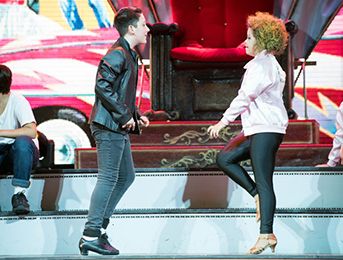 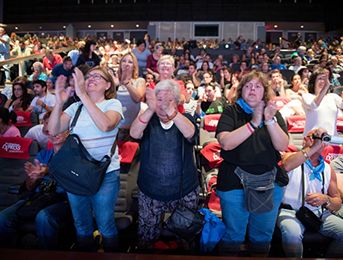 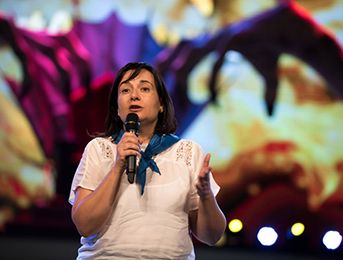 The 8th edition of Fent amics amb Down Catalunya brings together more than 7,000 people at PortAventura World

More than 7,200 people filled PortAventura World today to take part in this celebratory day alongside hundreds of children, young people and adults with Down syndrome coming from all over Catalonia and the Community of Valencia. This attendance figure considerably surpassed that of all the previous Making Friends with Down Catalunya events, which began in 2009 and which each year become a more highly-anticipated date for many families who visit the theme park near Vila-seca and Salou to aid an important cause.

At the welcome ceremony, held every year in the Gran Teatro Imperial in the China theme area, the president of Down Catalunya, Pilar Sanjuán, was very happy about this resounding success despite still encouraging attendees to make sure the next event brings together even more friends. At PortAventura we feel at home, this event gives us the opportunity to make friends and show that society is inclusive, we all form a part of it and we can all offer something, Sanjuán said.

TV3 journalist Xavier Graset (from Vila-seca) and young member of Down Tarragona Laura Mitjans were in charge of presenting the event, which also involved the participation of PortAventura Foundations president, Ramon Marsal, the president of the Fundació MRW, Josefina Domènech, and the managers of IBInmobiliaria, Iban Fernández and José Carroza. The event also offered two extraordinary performances: dance group Down Wapacha Team, formed by professional dancers and young people from Down Tarragona who performed Grease; and Halloween Escape, a show produced by PortAventura World.

This remarkably entertaining and social gathering is organised by Down Catalunya and the PortAventura Foundation and had sponsorship by Invest for Children and IBInmobiliaria, as well as the participation of around fifty volunteers among those coming from Down Catalunya and La Caixas Federation of Volunteer Associations. In order to circulate and sell tickets, this year Down Catalunya once again collaborated with the shoe retail chain Querol and the courier service company MRW. A portion of the price of the tickets sold today is donated to Down Catalunya and its seven associations.